UPDATE: On 6 December 2018 the Nova Scotia Department of Communities, Culture and Heritage” announced that the museum ship CSS Acadia will receive a much needed refit.

CSS Acadia, as she is today, at the Maritime Museum of the Atlantic in Halifax

What is the CSS Acadia?

The Canadian Survey Ship Acadia is the oldest preserved museum ship in Canada. She is 105 years old and is still afloat at a pier in front of the Maritime Museum of the Atlantic in Halifax.  Although her entire fifty-six year working career was in the service of the Federal Government, she belongs to the Maritime Museum in Halifax and hence to the Government of Nova Scotia. 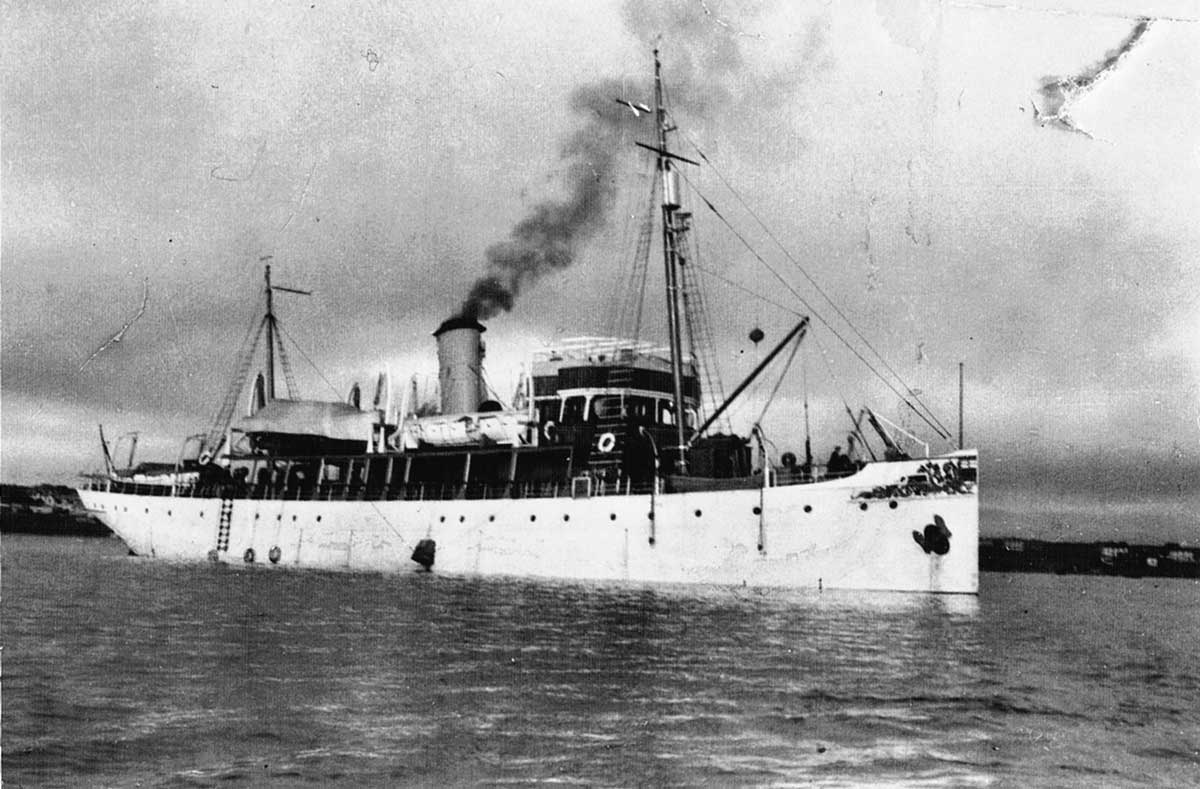 Acadia in her original configuration, probably between the wars. Photo courtesy of Maritime Museum of the Atlantic

Why should she be preserved?

She deserves it! Her record of surveys in Hudson Bay, the Atlantic, Newfoundland, Labrador and the Gulf of St. Lawrence along with her naval service in two World Wars qualify her as an historic vessel. She is also an excellent representative of the marine technology of her day.

The Ship and her Story 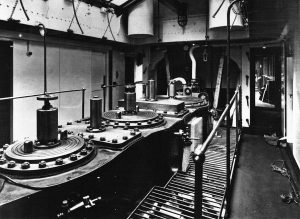 The engine room, showing the cylinder tops of the triple expansion engine. Photo courtesy of Maritime Museum of the Atlantic

The Acadia was specifically designed in Canada for hydrographic surveys on the East Coast. She was built by Swan Hunter at Newcastle, England. Her gross tonnage was 846, she had a single screw and a triple expansion steam engine and was strengthened for working in ice. She was always a coal burner.

She arrived in Halifax in July 1913 and in the next month departed for Hudson Bay, returning to Halifax in early November after an eventful voyage. Hudson Bay was also her areas of work in 1914. In 1915 she was employed surveying the East Coast of Nova Scotia and especially the approaches to Halifax. In 1916 she was laid up in Halifax and was requisitioned by the Royal Canadian Navy from January 1917 to March 1919, armed with a 4” and a 3” gun and employed as a patrol vessel.  She was in Halifax at the time of the Halifax Explosion on 6 December 1917, suffering slight damage. 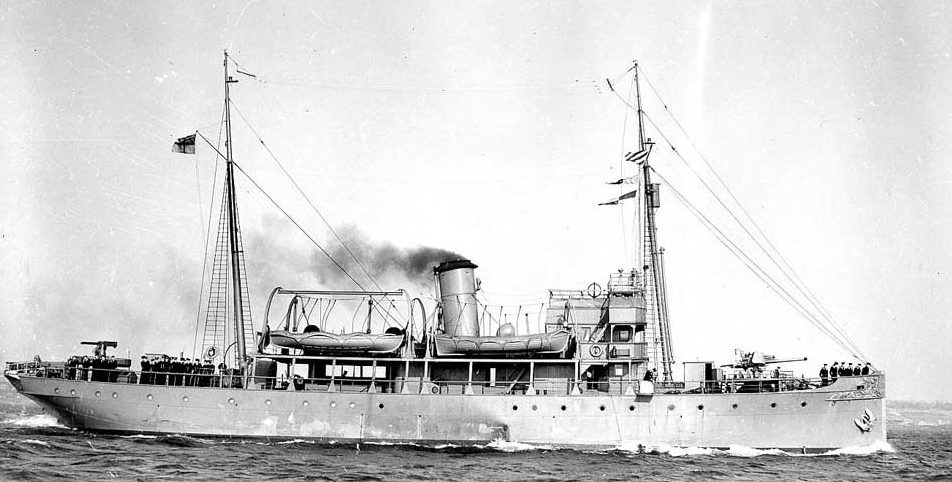 In her armed wartime guise as HMCS Acadia. Photo courtesy of Maritime Museum of the Atlantic

Between the wars the Acadia conducted surveys of the coast of Nova Scotia, the Gulf of St. Lawrence and Hudson Bay. She was fitted with a gyro compass in 1928 and a deep-sea echo sounder in 1929. (It should be noted that the Commanding Officer of a hydrographic ship is the senior surveyor. The job of the ship’s captain, termed the Sailing Master, is to put the ship where the Commanding Officer wants). 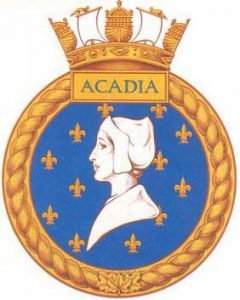 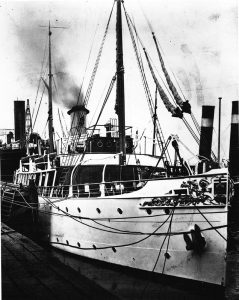 The original bow decoration. Photo courtesy of Maritime Museum of the Atlantic

When war again broke out in 1939, Acadia was back in the Navy in much the same configuration as in WW I.  She was used chiefly as a training ship. After the war she resumed her surveying work, specially around Newfoundland which had joined Canada in 1949. In 1955 she received a major refit at Pictou N.S. when the bridge structure was modified and updated, but the carved teak coats of arms that had graced her bows were destroyed when the hut in which they were stored burned down. In 1969 she was finally retired and presented to the Maritime Museum.

What needs to be done?

Up to 2010, the Acadia was docked every two years. Her hull was cleaned, inspected and any internal work needed was done. When she returned to her berth she was turned so that the sun fell on her other side. Since then funds for the museum have been cut and she has not been docked for eight years. The decks are leaking allowing in fresh water which causes rust. She went for years without a dedicated caretaker and, as she deteriorated, visitors were restricted to the upper deck. She is not beyond repair! In fact, the underwater hull was cleaned by divers not too long ago, but she badly needs a refit so that she can again be opened to visitors and preserved for future generations.

The announcement that this will again be possible is indeed welcome news.