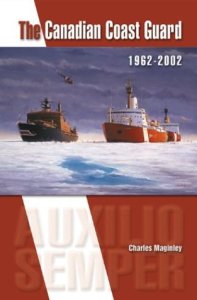 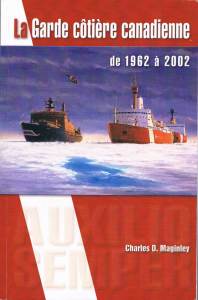 As a maritime nation Canada has supported marine services since colonial times to safeguard its waterways. The present Coast Guard established in 1962 grew out of the need for a national maritime organization to protect Canadian sovereignty, ensure marine safety and promote national interests in the nautical field. The Coast Guard plays an active role in navigation and communication, northern development and research, environmental protection and response, and regulation of fisheries and underwater resources. Its fleet consists of specialized vessels large and small in their distinctive red and white colours.

This book commemorates the fortieth anniversary of the founding of the Coast Guard. It describes the organization of the marine service, its tasks and mandates, and uses brief operational activities of some of its ships to illustrate the history of the service since its inception.

Published by Vanwell Publishing of St. Catharine’s, ON in 2003.