It is with deep gratitude for the life of Charles Douglas Maginley, b. June 26, 1929 in Antigua, West Indies, that we announce his passing on Sept. 12, 2020, surrounded by love and family in his home in Mahone Bay, NS.

He was predeceased by his brother, Robert Maginley; second wife, June Maginley; and stepdaughter, Pamela Holm.

He lived a spectacular life! A seafaring man, he worked for the British Merchant Marine, served as an officer in the Canadian Navy and a teacher at the Canadian Coast Guard College and at NSCC, and was a Master Mariner. After retiring in 1990, he opened a Bed and Breakfast, became an author writing three books on the history of the Canadian Coast Guard, became known as a Nautical Historian and gave many lectures.

He was deeply involved in his community of Mahone Bay, acting in theatre productions, helping with the Wooden/Classic Boat Festival and the annual Mahone Bay Centre book sale, played Father Christmas for the town, practiced Tai Chi, and went dancing at every opportunity. Coffee at the Biscuit Eater was also a daily opportunity to connect with the community.

He was a dedicated father, an adventurous spirit, a man who lived in the moment and  life to the fullest. Dad so enjoyed a good conversation, and always said “You must accept people for who they are.” As his family, we are still discovering who he was, as his character and career are deeper than we imagined.  He was always a gentleman, a scholar, had a warm wit and charm, was an outstanding teacher, maintained lifelong friendships, was always willing to give his time, and knew he was unconditionally loved.  He was ready to cross the bar knowing he had lived a good life to its fullest.

Memorial service to be announced. In lieu of flowers, donations will be accepted for the Nova Scotia Cancer Program through the QEII. 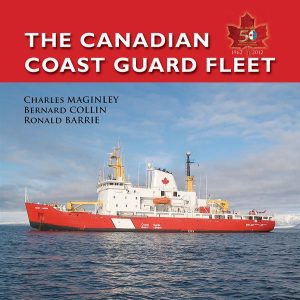 Available in hardcover and paperback from Amazon. Created in 1962 as a successor to the civilian Canadian Government Fleets that had existed since Confederation, the Coast Guard has included a wide variety of ships and smaller craft from large icebreakers … END_OF_DOCUMENT_TOKEN_TO_BE_REPLACED 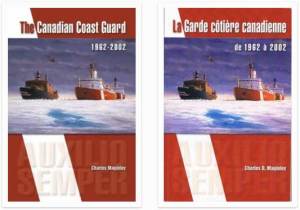 As a maritime nation Canada has supported marine services since colonial times to safeguard its waterways. The present Coast Guard established in 1962 grew out of the need for a national maritime organization to protect Canadian sovereignty, ensure marine safety … END_OF_DOCUMENT_TOKEN_TO_BE_REPLACED 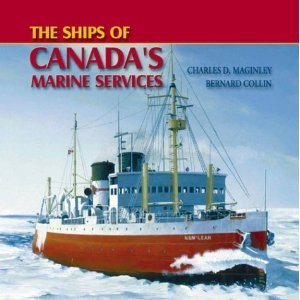 This is an illustrated record of the historical and hard-working ships that have shaped our history and our maritime heritage, current to the year 2001. The ships included belong to the Canadian Coast Guard and its predecessors, to the Customs … END_OF_DOCUMENT_TOKEN_TO_BE_REPLACED